How an Entire Town Won the Spanish Christmas Lottery 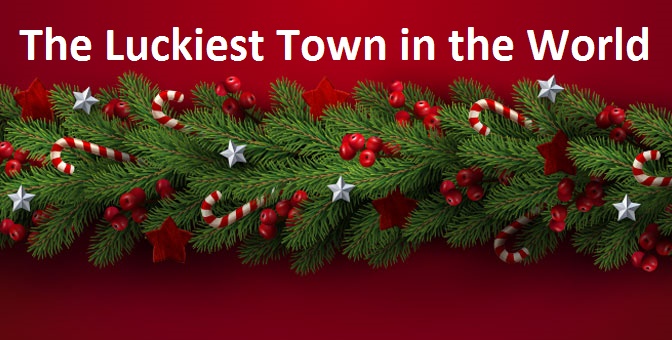 Sodeto and the Spanish Christmas Lottery

Imagine living in a town where everybody wins the lottery on the same day.

But impossible? Not at all.

In fact it happened to a small town in Spain during the Spanish Christmas Lottery draw that took place in 2011.

In the small town of Sodeto, Spain with a population of about 250, everybody has a story about the day the town stopped in the middle of the day to celebrate the good fortune of its residents during an impromptu street party.

The El Gordo Jackpot – translated “the big one” or “the fat one” – had been won!

How could this even happen?

The biggest answer to this question comes from a quick study about the El Gordo lottery itself.

In Spain, El Gordo is a cultural phenomenon that captures the imagination of the entire country.

Every year on December 22, The Sorteo Extraordinario de Navidad – The Spanish Christmas Lottery – takes place. The El Gordo draw, as it is widely known, is the single biggest date on the world’s lottery calendar every year based on the amount of its prize pool.

El Gordo has a very unique prize structure in comparison to other lotteries that we are used to playing throughout the year.

Lotteries, as most of us know them, typically involve selecting 5 to 7 numbers from a larger pool of numbers and then waiting to find out if the individual numbers selected during the draw match the numbers on our ticket. If nobody matches all the numbers, the jackpot “rolls over” and a bigger jackpot prize is offered in the next subsequent draw.

It uses a raffle format.

One out of the only 100,000 ticket numbers will win the El Gordo jackpot prize. These are odds that are unparalleled anywhere in the world of lotto for a multi-million jackpot prize.

To keep up with demand for El Gordo tickets, multiple “series” of tickets are issued. This year for example, there are 170 series of tickets in total. What this means is that for each 5 digit ticket number, from 00000 to 99999, there are 170 tickets available to purchase.

In Sodeto, the winning tickets were sold door to door by the local Housewives Association.

A single ticket for El Gordo is actually quite expensive – hundreds of Euros in fact. To make the tickets more affordable, tickets are broken up into tenths called “decimas.”

These tenths were broken up into even smaller amounts in Sodeto called “participations” and were sold for €6 Euros each – €5 to cover the cost of the ticket plus an additional Euro that the Housewives Association kept as a means of fundraising.

The block of tickets all carried the same five digit number, 58268, a number that ultimately proved to be extremely lucky!

The Spanish Christmas Lottery itself is often called a national tradition. The draw has taken place every year since 1812, even surviving through the Spanish Civil War. It’s estimated that 9 out of every 10 adults in Spain participate by purchasing at least a share of a ticket for the draw.

On the draw date, the country comes to a stop and all eyes are focused on the national broadcast. One hundred thousand small wooden balls – each with their own unique five digit number are loaded into a giant spherical cage.

Separately, another 1807 small wooden balls – each with a prize amount – are loaded into a smaller spherical cage.

The drawings are held according to exactly the same procedure each year. Pupils of the San Ildefonso School draw the numbers and corresponding prizes, delivering the results in song to the public.

The whole draw is filled with pageantry and takes hours to complete.

In Sodeto, once the El Gordo First Prize number was announced, word of the town’s good fortune spread quickly. The number sold by the Housewives Association had won!

Everybody stopped what they were doing to meet in the town square in a celebration that would last into the wee hours of the night.

Every household, that is, except for one.

The Story of Costis Mitsotakis

Roughly a decade earlier, Costis Mitsotakis of Greece met and fell in love with a Spanish girl called Sandra del Pozo. The couple left Greece not long after and headed in a small RV to Spain. Their destination was Sodeto – home of Sandra’s grandmother.

Ultimately, their love would fade and Sandra would move out. Costis ended up settling in Sodeto himself on the outskirts of town. They remain friends.

For whatever reason, the Housewives Association never did make it to his door to sell a ticket. And given his background, he had never been caught up in Spain’s cultural and communal thrill of participating in the Spanish Christmas Lottery.

He didn’t buy a ticket.

Before the big draw date in 2011, he was simply one member of a small 70 household community in rural Spain struggling to survive. Europe was reeling from a massive economic downturn and Spain was amongst the countries hardest hit. Unemployment was sky high and to make matters worse, the small agricultural town was ravaged from the effect of severe drought.

On the day of the draw, the lives of everybody in town changed. A new lease on life had been given by El Gordo.

Costis happened to be a filmmaker. Although he didn’t win any money in the draw, he took his cameras to the town square upon news of the big win and got some incredible footage of the absolute euphoria that had overtaken the people of Sodeto.

In interviews, he insists that missing out on jackpot has left him with no regret or jealousy.

He intends to make a movie about the town’s lottery experience. It isn’t out yet (and is in fact quite a bit behind schedule). But there is a movie trailer available to be watched online which includes footage from the spontaneous celebration in the town square.

It is a must watch for anybody interested in seeing the contagious euphoria that comes with a big lottery win.

The Countdown is on!

As is the case every year in Spain, we’ve seen long queues of line-ups for tickets.

In Sodeto, the Housewives Association (now called the Women’s Association) no longer has to go door to door in its fundraising. Their ticket allotment has already long been scooped up. Perhaps lightning will strike twice.

The odds of winning any prize are better than 1 in 6.5!

It is a draw not to be missed.

Participating in the Spanish Christmas Lottery is no longer limited to residents of Spain.

International lottery enthusiasts can bet on the El Gordo draw at Lotteries.com.

You too can try your luck. Get in on the game today before time runs out. The countdown is on. 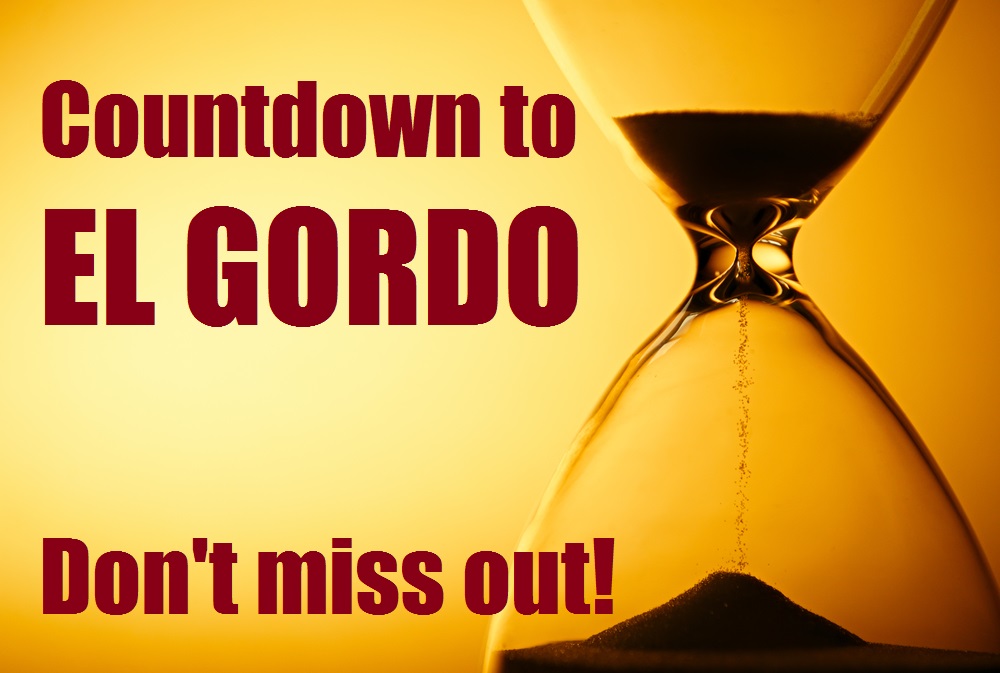