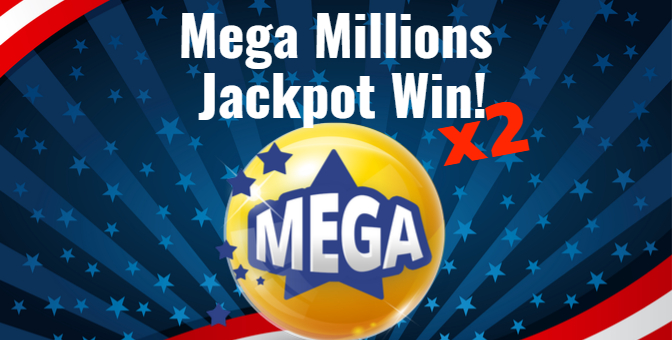 We are only halfway through the month and already we have seen two Mega Millions Jackpots awarded in March.

Michael J. Weirsky of Alpha in Warren County, New Jersey, was announced as the sole winner of the $273 million Mega Millions drawing held on Friday, March 1, 2019.

Less than two weeks later, the Mega Millions jackpot has been won again. 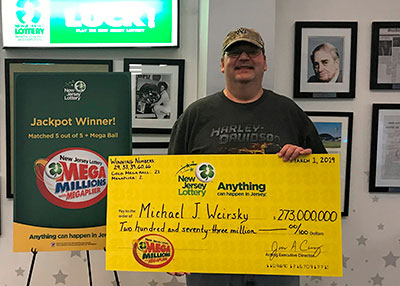 This past week Mr. Weirsky stood in front of the press to speak about his win.

He bought his tickets the day before the draw – Thursday – in the morning at QuickChek, a store near to his home where he frequently purchases lottery tickets.

It was a win that almost didn’t happen – he actually left the lottery tickets he purchased on the counter and walked out of the store without them.

Weirsky recalled that he was distracted by his cel phone in the moment. Later he spent about 3 hours looking for the tickets to no avail.

The next morning – Friday – on the day of the draw he returned to the store and asked if any lottery tickets had been forgotten there. They were in the drawer. After the clerk verified the types of tickets purchased and the amounts played, the ticket was given to Weirsky. He, of course, had no idea at that point what fortune awaited that ticket.

“I was thankful there was an honest person out there,” Weirsky said.

On the Sunday night, he checked his tickets using the Lottery app on his phone and found out his life would never be the same again. He won the jackpot.

Weirsky told his mother who was nearby that he had won the Mega Millions jackpot, but she didn’t believe him. He said he couldn’t believe it either and sat down to watch television for half an hour before deciding to venture out in a snowstorm to his closest retailer just to scan the ticket and read the good news in person – it was a jackpot winning ticket!

At the press conference, Mr. Weirsky answered questions about his experience and what might be next for him.

“I’ve always wanted to know what it would be like to wake up and decide to just go and do something that I want to do or buy something I want to buy. I’m going to try that out,” Weirsky said.

The $273 million jackpot has a cash option of $162 million. Weirsky opted for the cash option.

The jackpot will reset to its starting value of $40 million for the next drawing on Friday, March 15.

Will you be the THIRD Mega Millions jackpot winner this month?

International lottery enthusiasts can attempt to catch the wave of March Mega Millions winners at Lotteries.com.

CLICK HERE to have 3 Lines of Mega Millions placed directly into your cart and go straight to checkout.

If this is your first time betting on our site, LOTTERIES.COM WILL CREDIT 100% OF YOUR BET BACK TO YOUR ACCOUNT.

Good Luck to all.